After graduating from UCLA in 1984, John began working in commercial real estate brokerage in Orange County, California. While in brokerage, John specialized in industrial sales and leasing, as well as investment sales. John was regularly recognized as a top producing salesman.

In 1990, John began working with Fujita Corporation USA as their vice president and as the managing director of Fujita Corporation's property management division, Fujita Property Management (FPM). While at Fujita, John was responsible for overseeing just under 4 million square feet of institutional grade commercial property (valued at approximately $400 million with just over 700 tenants) and for the day to day operations of FPM. His duties included oversight of the first private Japanese REIT in California. When John joined Fujita, the majority of their portfolio was under fee management. Within two years, John grew FPM and took the management of all properties in house. In addition to leasing hundreds of thousands of square feet on behalf of Fujita, John was responsible for disposing of Fujita's portfolio in the late '90's. All sales were made direct and without the use of a broker.

Subsequent to the sale of the Fujita portfolio, John joined Voit Commercial Brokerage and for several years was ranked as a top producer. Simultaneously, John grew his own personal portfolio of commercial property and in 2009; John left Voit to focus his efforts on his portfolio. He also continues to consult on behalf of Fujita Corporation in Japan.

Since 1999, John, and his partners, have acquired commercial real estate in California, the Midwest and internationally. He currently owns just under 100,000 square feet of commercial property both domestically and internationally. Along with his partners, he acts as asset and property manager for this portfolio. One premier property is the International Trade Center building in Tamuning, Guam. John served as the president of Fujita Property Guam (FPG) which owned and managed this 210,000 square foot office building along with 60,000 square feet of additional industrial property in Guam.

John also was the Director of Proprty Management for BKM Capital Partners. BKM has over 3 million square feet of commercial property in four western states and with over 1,000 tenants. Since leaving BKM, John, and two partners, has founded Trust Pacific Capital; a private equity commercial real estate company.

John is a member of the document oversight committee for the AIR Commercial Real Estate Association (AIRCRE). His duties include contributing to the ongoing process of creating, modifying and updating all of the AIR real estate forms which are used throughout the United States. John coauthored the AIR Commercial Real Estate Forms: a User's Manual Volume I - Lease Forms and Addenda and Commercial Real Estate Forms: a User's Manual Volume II – Purchase Forms, Agency Forms and Addenda, both are reference/instructional tools used by real estate professionals all across the United States. John is the instructor for the California Association of Realtors AIRCRE Lease Certification Course. He also speaks publicly about the forms and provides educational seminars to thousands of members of the real estate community.

John also provides expert witness services in matters involving commercial real estate brokerage, property management and lease and purchase/sale contracts as well as mediates such matters. John has also acted as a receiver on behalf of the Superior Court of California.

John is a licensed real estate broker. He is also a licensed pilot, was certified as an EMT by the National Registry of Emergency Medical Technicians, and is active in his church and community.

Board Member and Broker of Record- 360 Commercial Partners.

Since 2006, John has provided educational seminars and training on the AIRCRE’s Forms to thousands of commercial real estate professionals including brokers, attorneys, property managers, escrow officers and owners. His seminars have been approved by the State Bar of California for continuing education credits and qualify for continuing education credits with the State Bar of California. John is also the instructor for the California Association of Realtors AIRCRE Lease Certification Course. 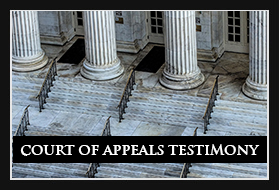